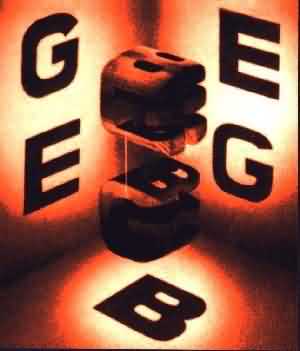 We shall not cease from exploration
And the end of all our exploring
Will be to arrive where we started
And know the place for the first time.
T.S. Eliot

The FXC footnote on page 52 of Ship of Theseus possibly leads to a game-changing idea behind the construction of  “S.” that lead to a book entitled The Glass Bead Game. If you haven’t already read that theory, it is worth your time, especially before exploring the connections to Gödel, Escher, Bach.

That theory led to explorations into synthesizing S.‘s apparent fugue state and the musical fugue, as in Interlude: Toccata and Fugue in Free Time (p299-330).  If you haven’t already, I suggest you read geekyzen’s thoughts on the musical connections in “S.”  It is also worth your time.

This attempted synthesis led to the idea that S.‘s fugue state may be similar to an Australian walkabout, where aborigines walk across the lands, singing songlines that serve as musical maps to help them navigate their journey. It also led to the idea that perhaps J.S. Bach’s Art of the Fugue is the songline that may help us better understand “S.“

In the comments section of that post, Jillaggie1 said all of these posts together reminded her of Douglas Hofstadter’s book Gödel, Escher, Bach. Then the user Captain pointed out the The Art of the Fugue is actually discussed in Gödel, Escher, Bach.

And so the journey begins.

There are strong similarities between Gödel, Escher, Bach (GEB) and The Glass Bead Game (GBB).

There are strong similarities between “S” and Gödel, Escher, Bach.

There are undoubtedly many more similarities. I would love to see your own thoughts here.