Another one of our mysterious locations to discover is El-H—, an obviously Arabic city but with few other clues to help us find out where on earth it actuallly is. Below is a list of characteristics that may help us triangulate its location.

Anyone else notice anything about El-H– that might help us pinpoint its name and location? Or see anything in those things mentioned that stand out? 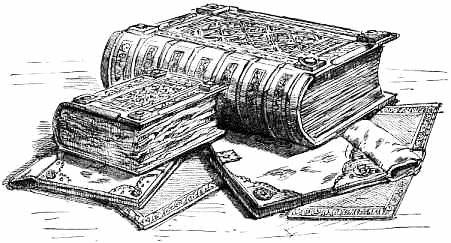 “What is this place?” S. asks Osfour.
“This is where you meet the people you’re here to meet,” Osfour replies.
“Why is it all here in the first place? Is this a library? A museum?”
“A safe place for beautiful things. That’s all.”
(p240)

In the Chapter A Sleeping Dog, S. finds himself hurried into a large room where many men and women are rushing significant objects (books, scrolls, paintings, etc.) underground into a safe place from the imminent attack on El H—. This is where S. obtains his valise – the significant object that will remain with him throughout the remainder of the book.

Ostensibly, the coming invasion is on the entire city of El H—, and the people in this room are merely trying to protect one part of that city. However, we have two clues that this room is much more significant…

If this single room houses the entire resistance and El H—’s most precious objects, and if Agent#26 expects special recognition from Vévoda for locating it, then it seems to imply that the entire reason for the attack is to destroy the storehouse, its objects, and everyone in it.

Why would Vévoda care so much about this single location? Why is it so central to Ship of Theseus? Vévoda appears to have both stolen items from it (p430) after Agent#26 discovered its location and then destroyed it (“the repository is no more” p260).

Here is one thought. This storehouse is “a safe place for beautiful things” according to Osfour. Another word for such a place is a thesaurus. Before Roget borrowed that word to indicate a book that connects words to its synonyms and antonyms, thesaurus meant storehouse of treasure.

J.J. Abrams refers to “S.” as a love letter to the written word. Is it possible that we, the readers, are meant to see the storehouse at El H— as a thesaurus in both meanings of the word?

A thesaurus is a book of connections. It connects words to a spectrum of synonyms and antonyms (point and counterpoint). This takes us back to the idea of the Glass Bead Game (hinted at in Fn5 p52) and its challenge for us to create meaningful connections between otherwise disparate subjects. “S.” appears to be a book of connections as well. We as readers are meant to explore those connections.

A few attempts at using the storehouse as a thesaurus to make connections. The first example is a verified connection from the marginalia…

What connections do you see?